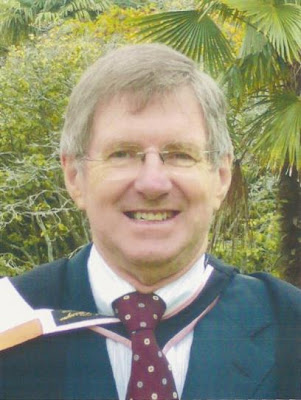 
This is the second this year in our Albany Writers Read series, sponsored by the School of English and Media Studies on Massey's Palmerston North, Wellington, and Albany campuses, and co-hosted in Auckland by the College of Humanities and Social Sciences.

District Court and Family Court judge at Auckland by day, our speaker John Adams has a Masters in Creative Writing from The University of Auckland and is a poet by night. He is a long-time author of legal texts - such as the Butterworths Family Law series. His poetry book Briefcase was drafted during his Masters year in 2009, and was published by Auckland University Press in 2011. It won Best First Book of Poems in the 2012 New Zealand Post Book Awards.

John will read from and discuss his more recent creative work, followed by a brief question and answer session. Light refreshments will be provided.

At first, Briefcase reads a little like a case we are to solve, puzzle-like (among many other complex formal and typographical tricks and word games, the book includes two letter-based sudokus based on the words “poetry” and “law”), but we gradually realise Adams has more fundamental questions in mind. He is interested – as any poet or lawyer must be – in the inevitable slippage or betrayal that falls between the indeterminate flux of lived experience and the attempt to shoehorn that experience into a publicly accessible linguistic form: guilty or not guilty, “verity” or falsehood.


He goes on to claim that "What is on trial in this collection is language itself: no word in this volume is innocent of double-meaning." Whether that's true or not, Adams' book does include the following caution on its cover:


If you're curious to know how he maintains this extraordinary balance between his daytime (legal) and nighttime (poetic) identities, come along to hear John Adams explain it to us on Thursday.